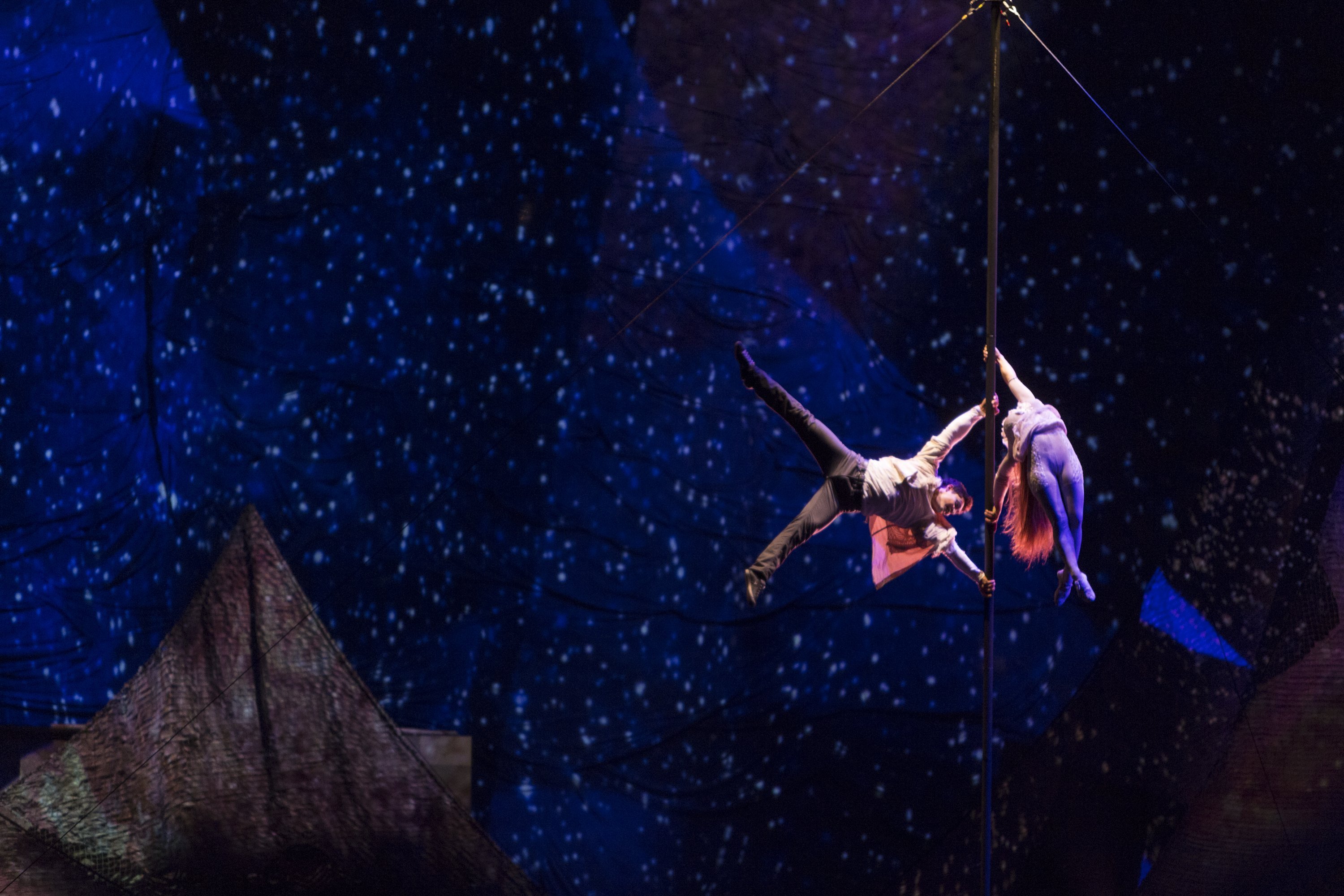 From 2 to 30 July 2016, for the fourth consecutive year the Cirque du Soleil is presenting its new show Scalada: VISION, a free show unique in Europe.

VISION, a new performance that will show you an imaginary, surrealistic and futuristic world at the hand of a boy and his little sister, whose sentimental connection is apparently unalterable.

The main characters in this edition will be taken to the future, to a new dimension between reality and fiction. The brother and sister will be faced by their own separation in a totally unknown universe on a trip in which each one must overcome the challenges of their own reality for themselves. Only their instinct and their strong fraternal bond will be the key to their meeting again.

VISION invites you to discover a world full of surprises, technology and magic with which you will recognise a multitude of unmistakable elements of Andorra. An ideal stage to enjoy this new show.

VISION will be performed every Tuesday, Wednesday, Thursday, Friday and Saturday from 2 to 30 July 2016. The venue of the show, which will start at 10 p.m. and will last 60 minutes, will be in the Parc Central public car park in the centre of Andorra la Vella, and will have a capacity for up to 5,000 people per performance, which will also include a 30 minutes of entertainment before the show starts.

BETTER CONDITIONS IF YOU BOOK WITH US

Available 24h a day, every day of the year.

Get our special offers sent to your inbox

To send your emails is to accept the... Terms and Conditions

WE ARE STILL OPEN